The 15th Ward Democrats invited the Stonewall Democrats, the St. Louis City Democrats and the Missouri Democratic Party to join our float for the Pride Parade.  After a brief pre-party at Tod and Dave's, a ride in the back of a 24' flatbed truck to the parade site from the 15th Ward, and the gathering of additional supporters at the parade site, we had over almost 50 volunteers in our group.  The 5 Supreme Court justices who ruled against the Defense of Marriage Act joined us for the parade -- as did President Obama (see the pics) -- and, in the end, we won one of the 6 prizes given out by Pride St. Louis!  We were recognized for "Best Social Commentary."  Thanks to everyone who turned out, and a special thank you to Michelle Mathews for helping to organize the event for us. 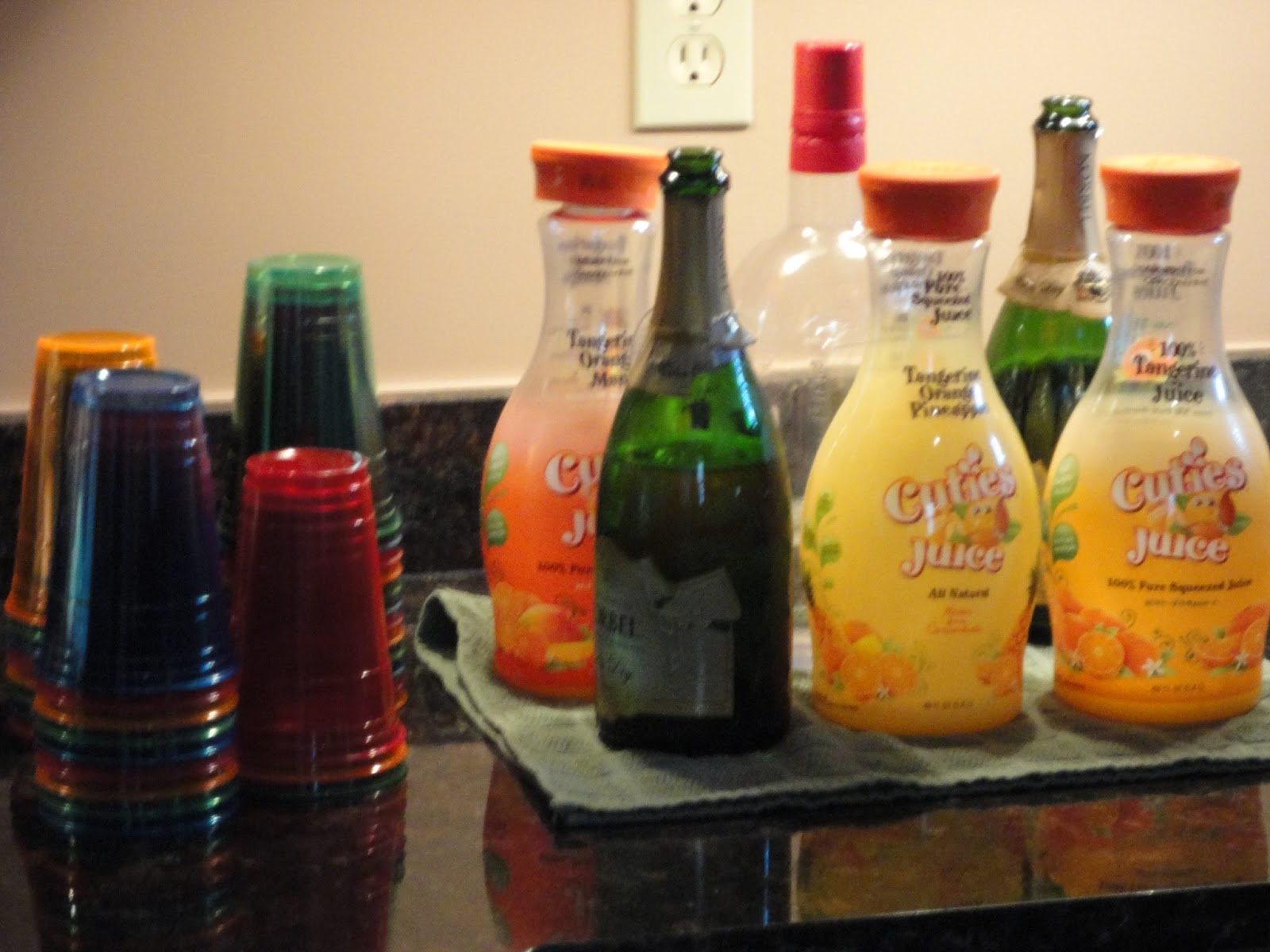 Pre-parade mimosas helped to kick off the morning. 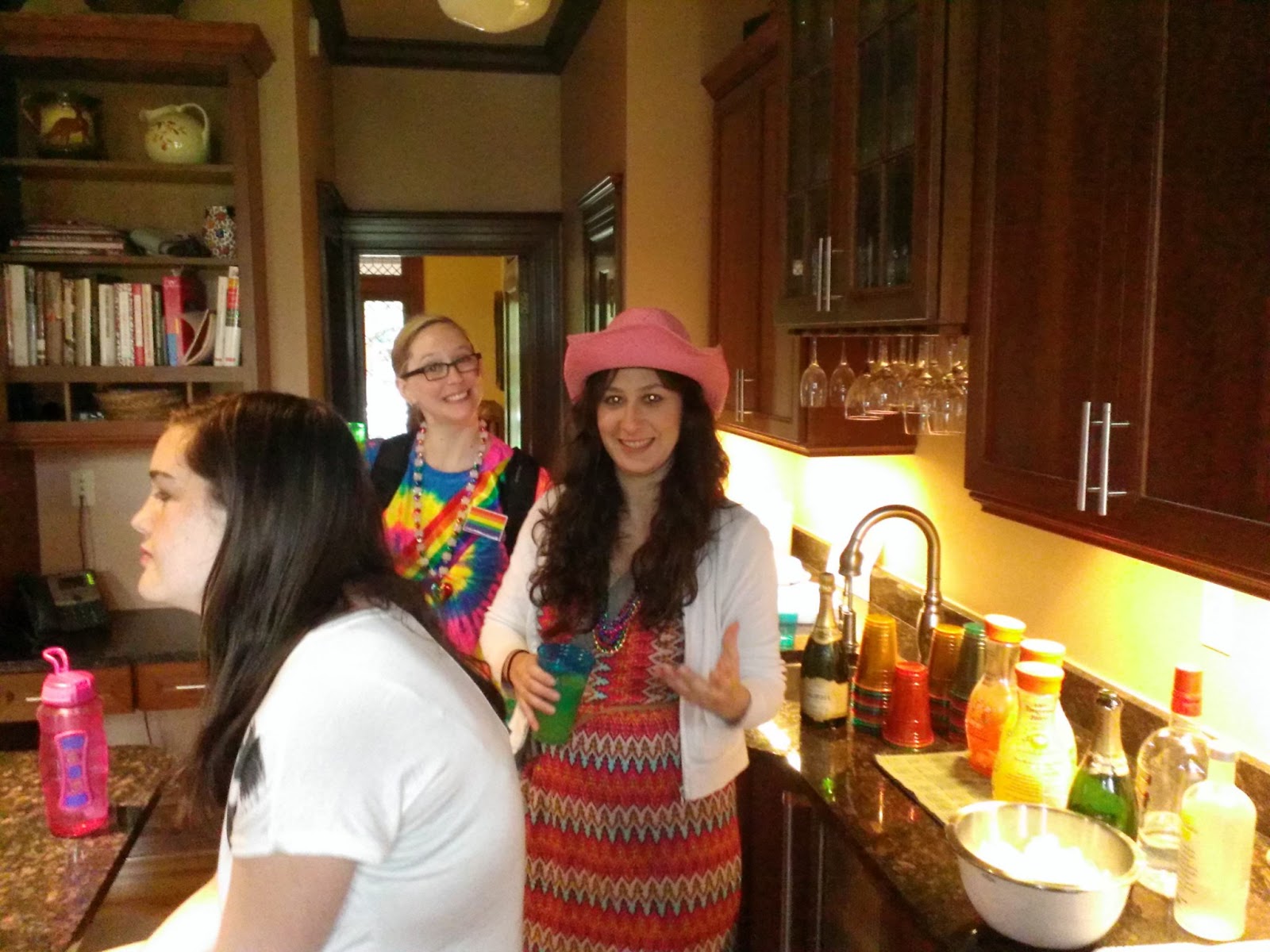 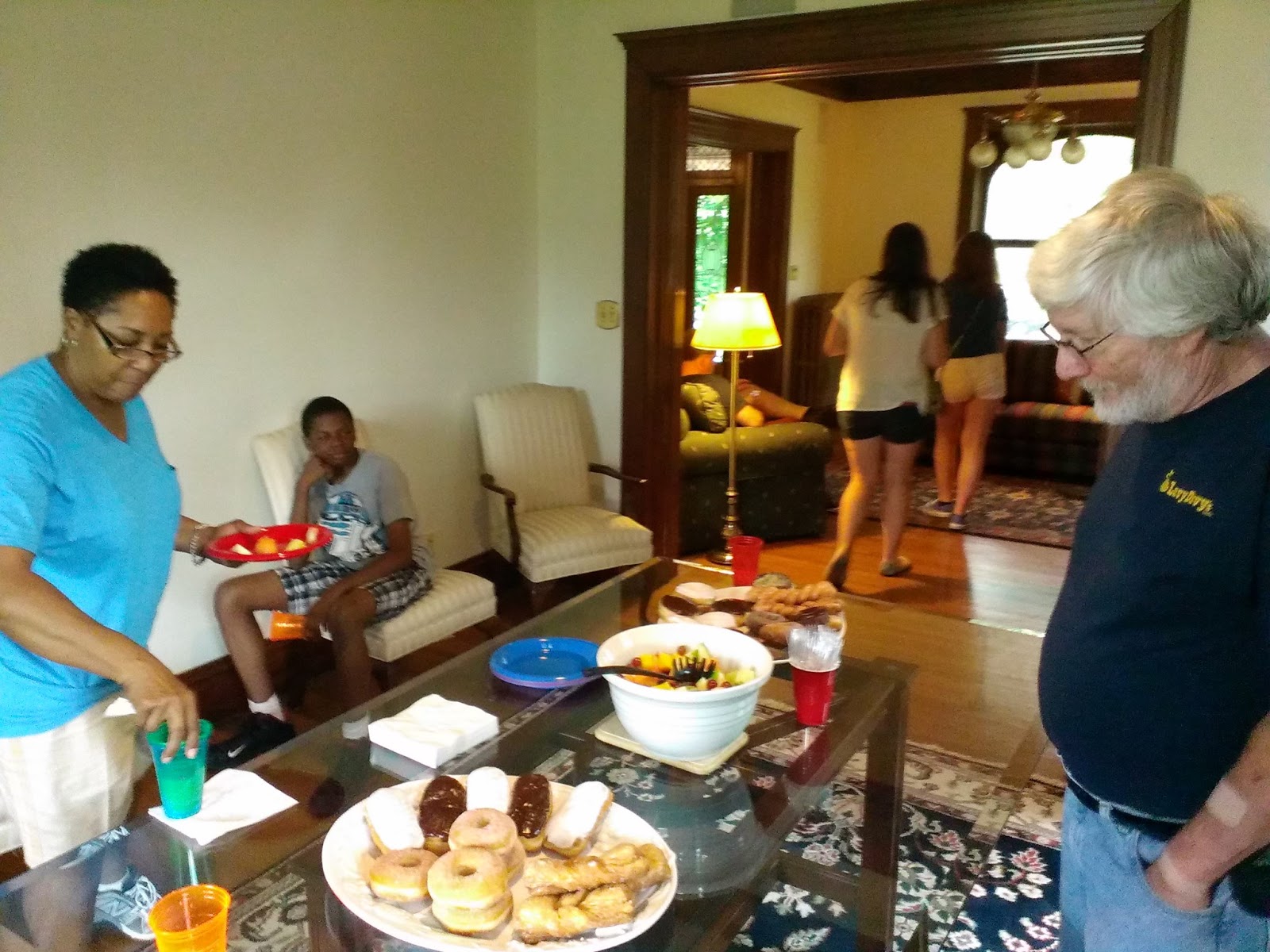 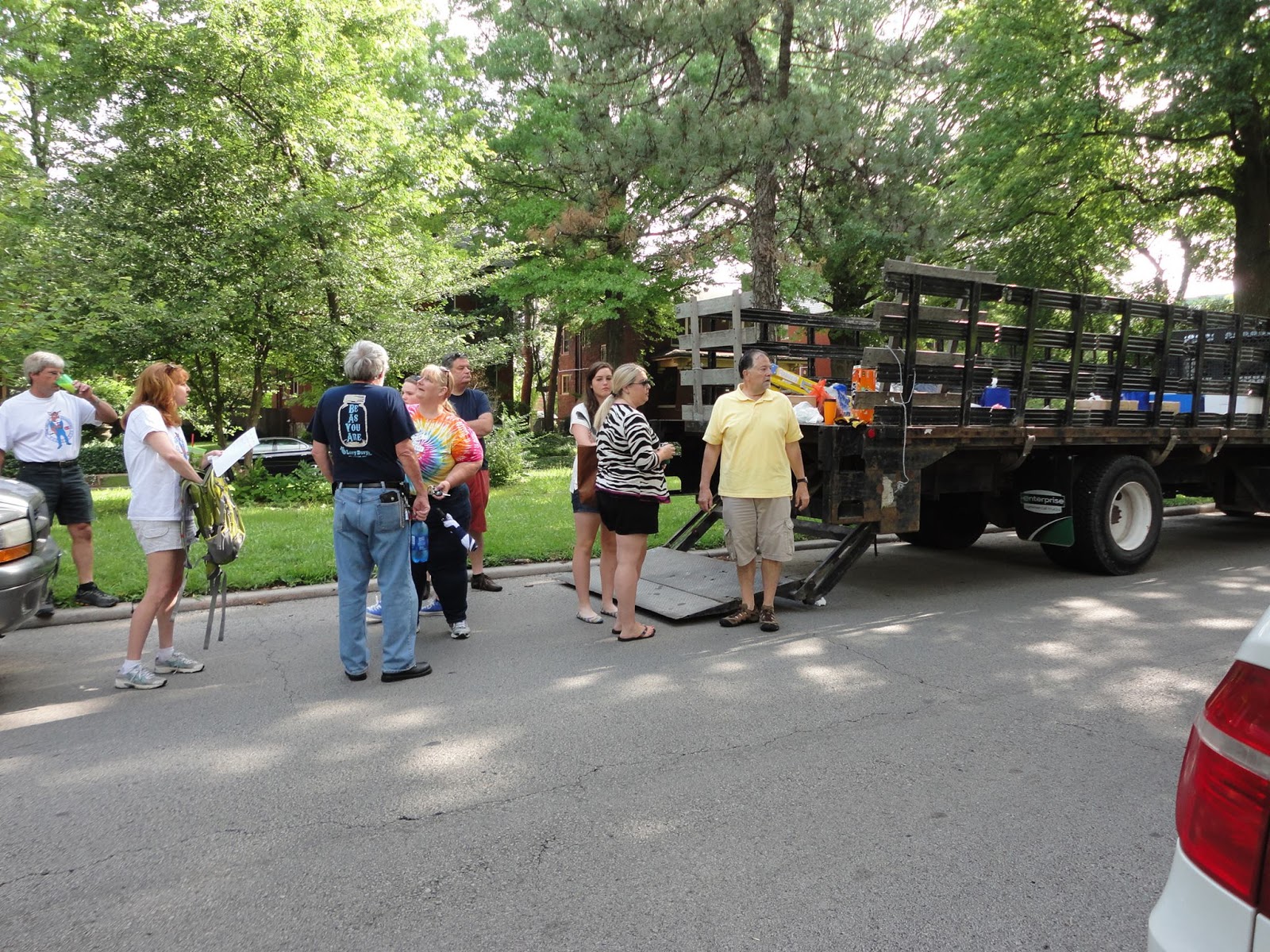 Time to load up. 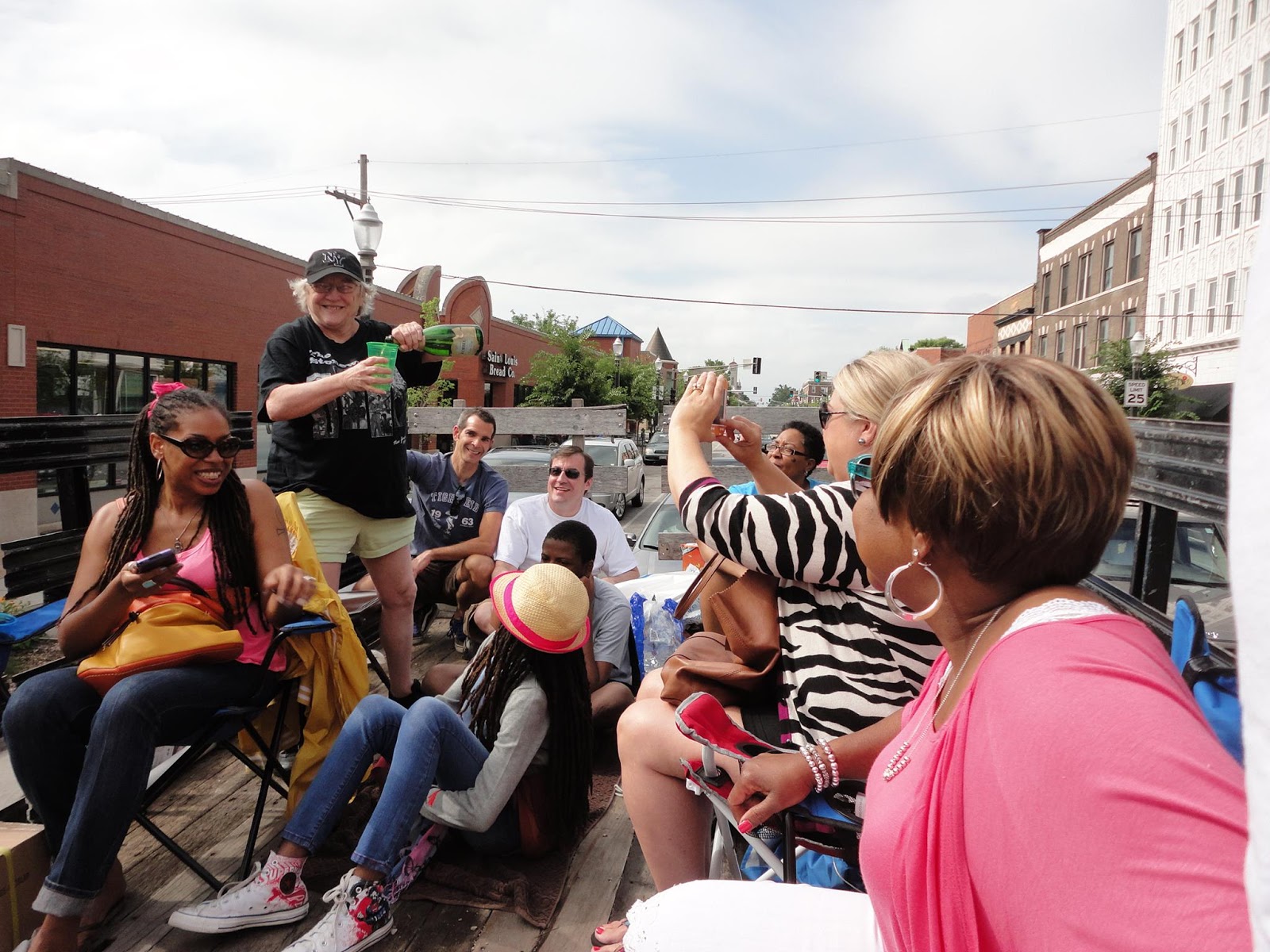 On the way to the parade site. 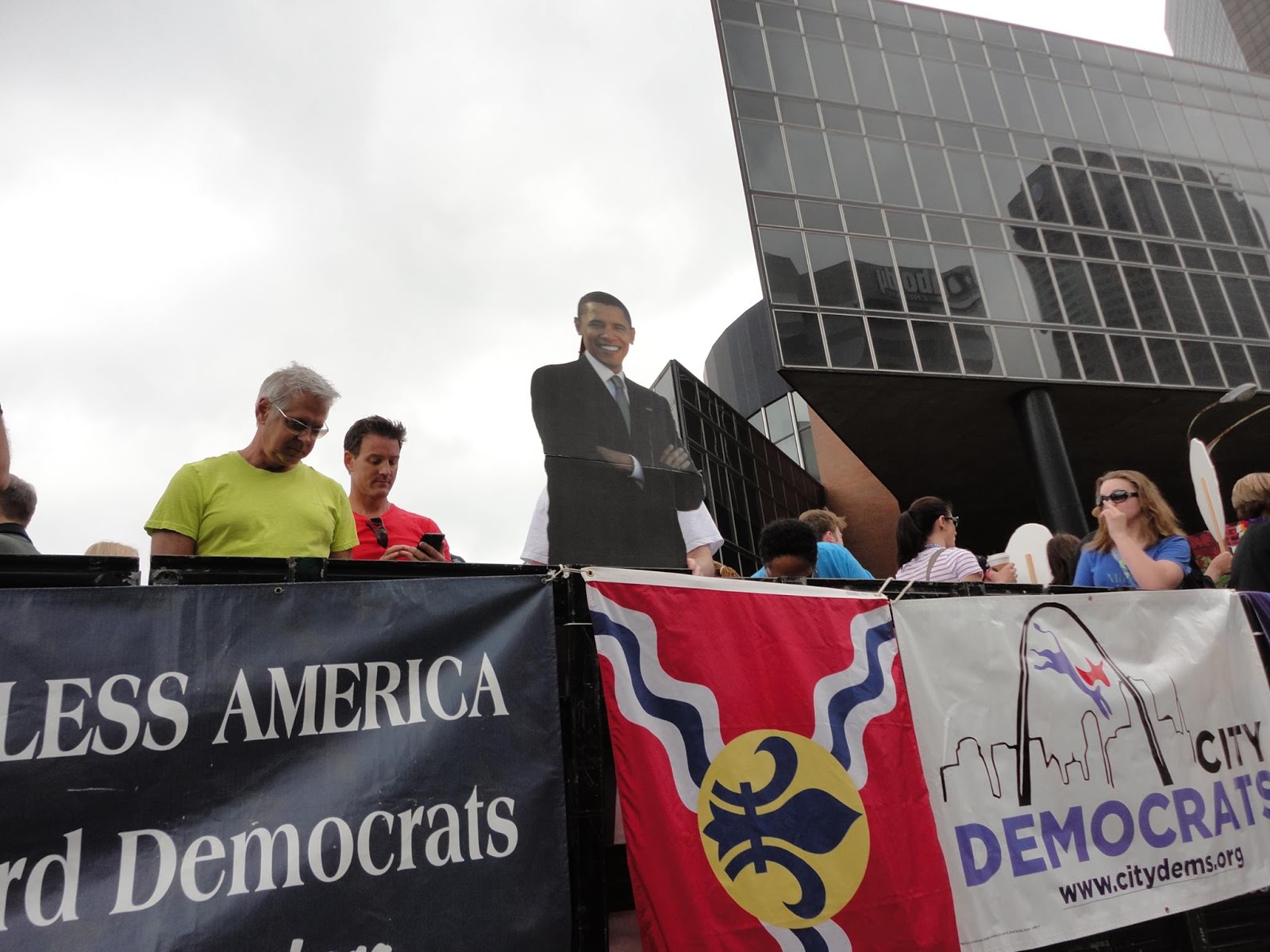 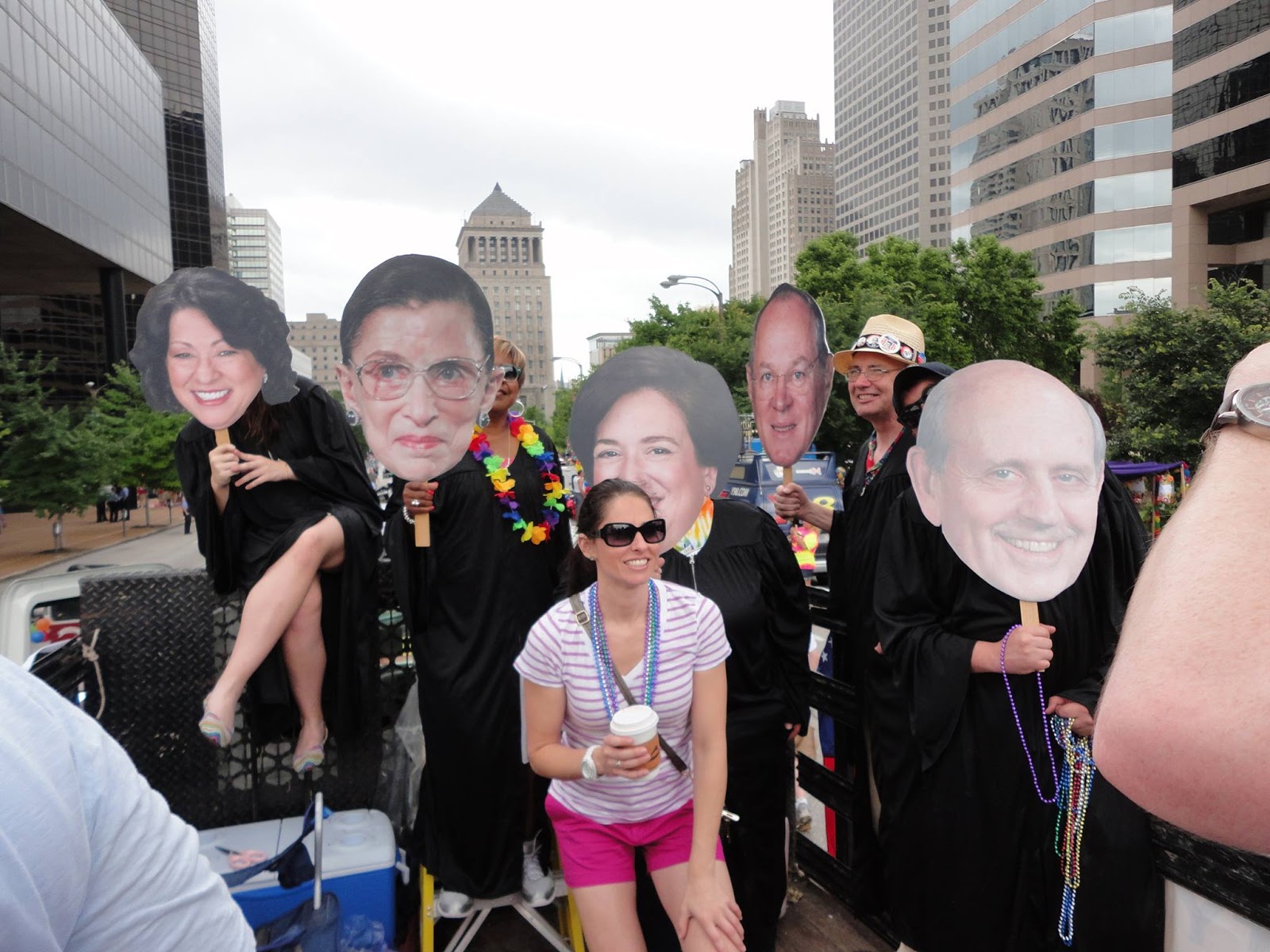 ...as have the Justices. 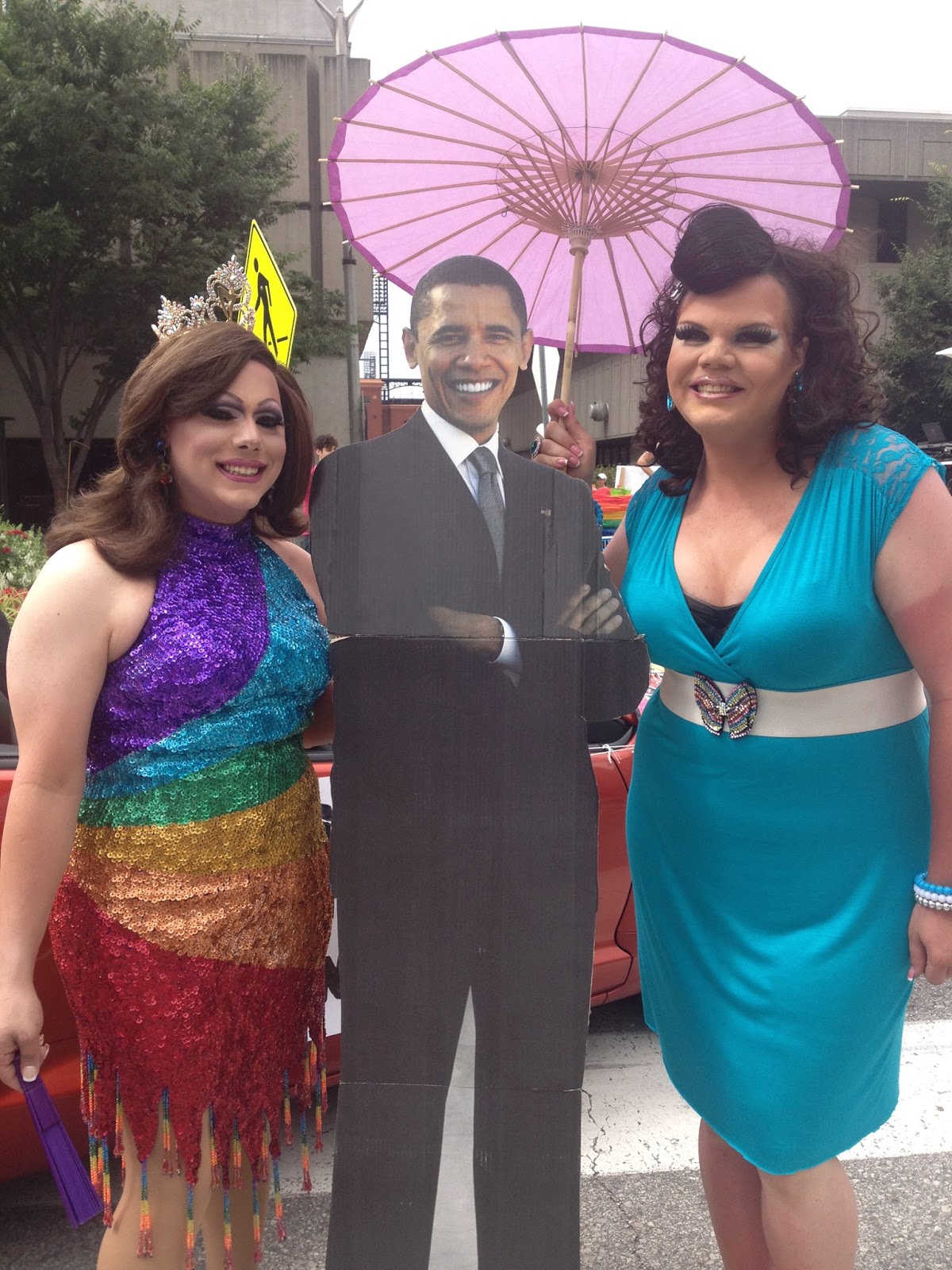 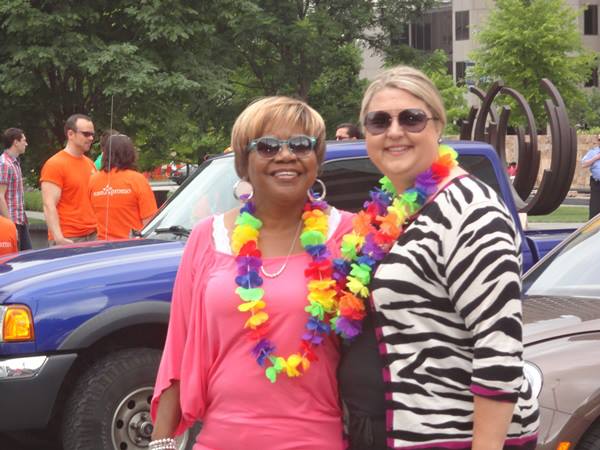 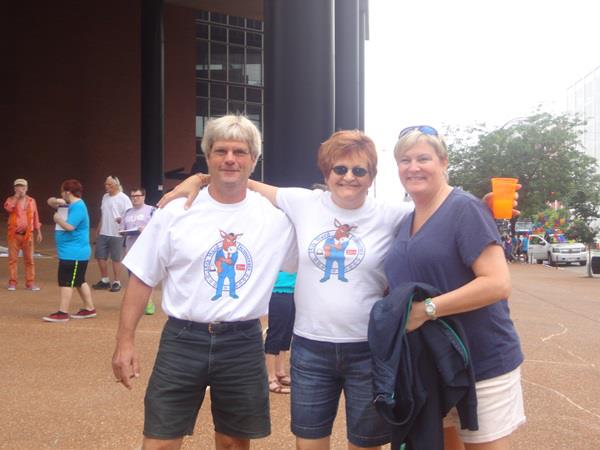 The Pratts were out in force. 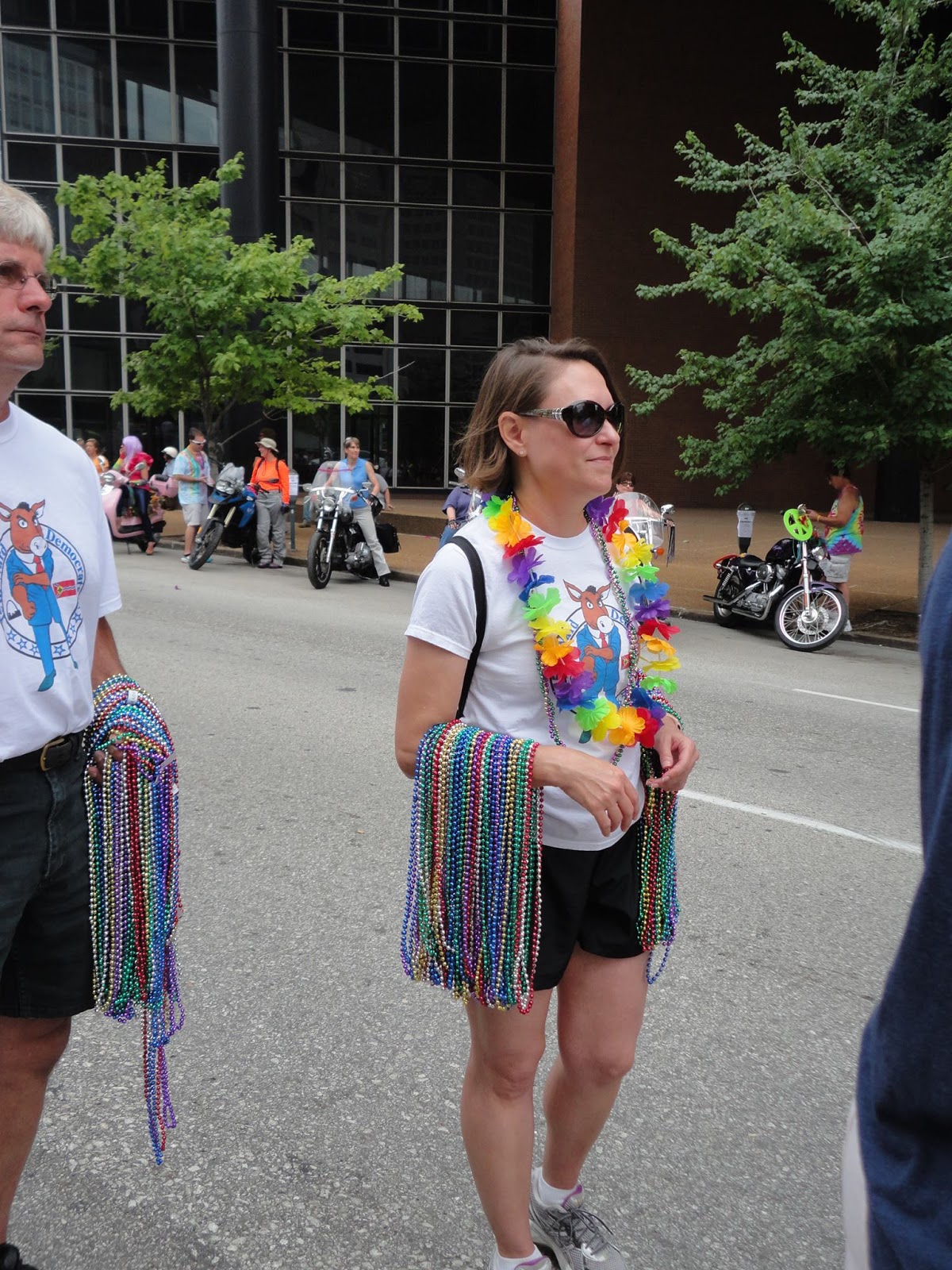 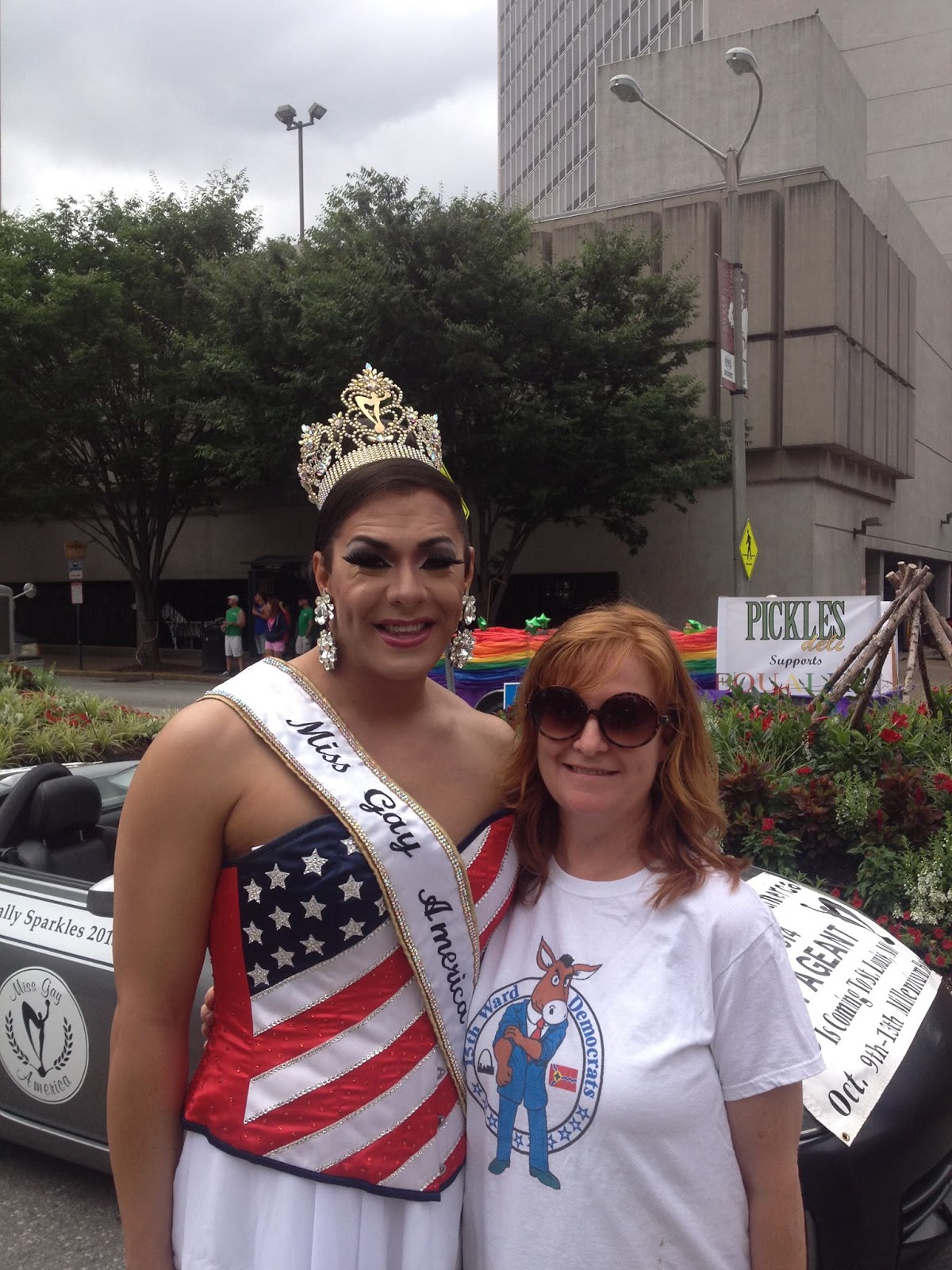 Our volunteer organizer - Michelle Mathews ( on the right ;-)  ). 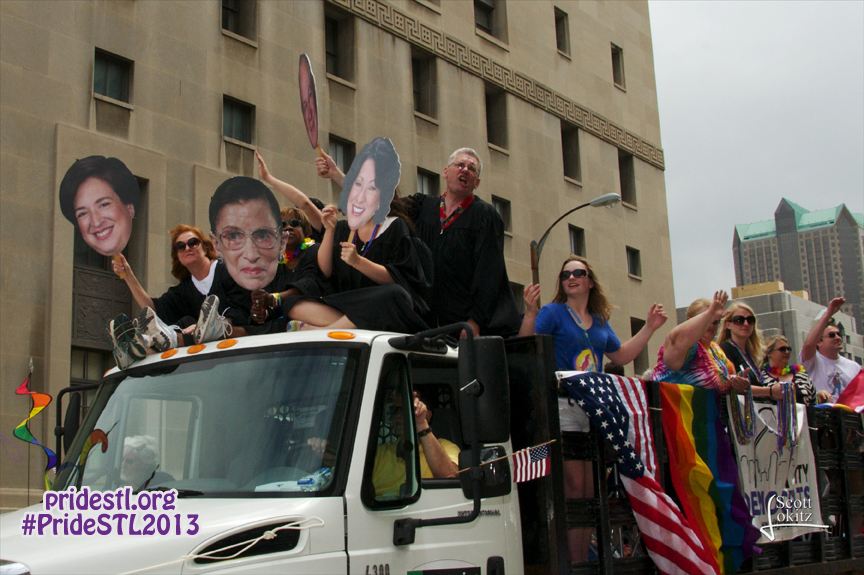 Looks like someone might have been stepping on Richard's (ahem, Justice Kennedy's) toes in this pic.  Not too sure about that, but obviously, everyone else was having a great time.